The cost of incivility at work: a Moir Group event 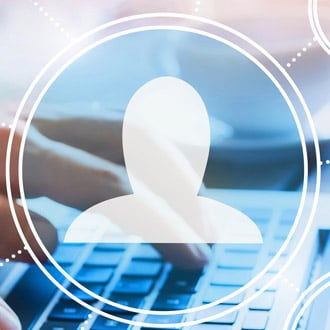 Hear from Professor Michael Leiter as he shares his insights on what workplace incivility is, the cost to organisations and how to address it to create a more positive and engaged team.

Michael is Professor of Psychology at Deakin University and he was guest speaker at a Moir Group event.

The relationships that people have at work are quite key to the experience people have and the connection that they have with one another. People are your greatest resource at work

and they’re also their greatest source of distress. The little day to day interactions is the way in which culture actually is realised in people’s lives. It’s not the lofty ideals that you have in your mind. You’re trying to get some work done and people are outside the door of your office and they’re talking loudly and they’re not really doing that to ruin your day but they’re being rather thoughtless and inconsiderate in what they’re doing. Incivility as we define it is low intensity negative behaviour that conveys disrespect. Incivility has a real impact. People withdraw. They reduce their time at work. They get more cynical. There’s this connection between cynicism and experiencing incivility

and fewer creative ideas. Constructive cultures have a shared mission whereas dysfunctional cultures it’s personal agendas. People are wanting to get even for that last thing that you said. If we’re going to increase civility within the group the frequency, the proportion of the time that people are actively positive it means acknowledging people assisting people, expressing acceptance asking people, inviting people to join your conversation when you actually might not have done that before. Appreciation is a big one. Accommodation, are you willing to inconvenience yourself a bit in order to fit somebody else into the flow of what’s going on with work. A big issue is this issue of intention because when we ask people how often you know did you say something rude to somebody at work what comes, what people are thinking about is when I was intentionally rude to somebody. When you don’t respond to somebody who said good day to you and you don’t respond at all, you may not have you’re not going to list that as a rude behaviour. There’s no behaviour at all.

Nothing happened. That could be a big deal for somebody else. There’s a limited accountability that people have and I think a bit of a lack of insight and we find that when we’re starting to work with the group with the SCORE process people are going, oh you know when I tell those kinds of jokes people are really offended? That kind of thing is a real insight for people. If your computer was broken you go get it fixed. If your relationships with your co-workers are broken you need to get it fixed. You’ve got a responsibility to take a problem solving framework to this.